Companies invest billions in trying to “buy” (i.e. teach) diversity. But yet more classes and lectures are not the answer, especially when it’s really about the development of a personality trait.

Let’s talk about relationships. You can hire a prostitute, but he or she is not going to raise a loving family with you. Likewise, random dating may lead to a relationship, but that’s a little like going duck hunting with Dick Chaney. Developing a relationship takes a lot of things; certainly a willingness to be in a relationship needs to be shared. Yes, chemistry is vitally important, and yet if you’re not willing to take aim before you pull the trigger someone could get shot in the face. I’m not using Dick Chaney as a metaphor, but rather as a teaching example.

So, how can the Darth Vader of politics be a teaching example for embracing diversity? This guy actually shot a major supporter in a hunting accident. So much for gun control. Believe it or not, he should be speaking on diversity instead of conservative issues.

Embracing diversity requires genuinely accepting the benefits of diversity. Forcing someone to sit through some boring lecture is just going to generate passive resistance to whatever the subject is. Can you imagine if your prospective significant other had to listen to a 90-minute lecture on why you are a great catch?

It’s always easier to make changes when clear benefits are foreseen. Different perspectives mean a greater variety of ideas which leads to greater innovation. The culture of a business is enhanced, which will help you attract more talented individuals. Improved community and customer relations will add to the benefits. Besides, it’s just fair play and simply the right thing to do, and as such it will contribute to an improved reputation for your business.

So, what does this really mean for you and your business? The value proposition that diversity brings is beyond calculation. Besides the increase in perspectives and all the qualities that come with that, embracing diversity also excludes those individuals with narrow minds from being attracted to your organization. This may be even the greatest benefit as by repealing closed minded individuals, you are actually prequalifying you recruitment standards by avoiding those who would be a hindrance to your mission.

While growing my family’s small, failing flower shop into an international company with sales of $750 million dollars, I was fortunate to realize how important it is to make a public declaration of sorts along this line. I found an opportunity to insert my business into the Martin Luther King Jr. holiday, the details of which I would be happy to share if time and space allowed. The results, however, was media exposure beyond belief and the direct engagement with tens of thousands of like-minded individuals.

This step was one of many that raised the profile of my business from small business to very, very large business. Although my desire was to make a statement about my support of diversity, I could never have imagined the benefits to my business. With this I realized that “Corporate Social Responsibility” was more than an expense, it is an investment. Even though it might seem like a luxury, it’s one of those rare things that is the right thing to do for the society and for the growth of your business. One critical note: you have to be sincere in your commitment, or I’m confident the results would be extremely destructive to your brand.

Ok, so back to Dick Chaney. What clear benefits could he see from embracing diversity? Well, deep down he has a heart even it it beats with the rhythm of technology assistance akin to a Death Star. He has a gay daughter, and you never hear him mutter a negative word about the gay community. That’s because he finds his relationship with his daughter is more important to him, and his value for her has colored his world like a rainbow. I have often commented that if Dick Chaney can have a gay daughter, then how can anyone really justify such a prejudice?

Diversity needs to be personal. It needs to be about an individual in order to transcend the inherent prejudices of our society. You need to foster engagement and that engagement starts at the top. Join a civil rights group like the NAACP and attend functions, celebrate Martin Luther King’s birthday in a big way. Lead by example and explore ways to make it personal. Stop talking and start doing.

If Dick Chaney can learn to embrace gay people anyone can overcome any preconditioned prejudices when properly motivated. As with all things, the key is the motivation, and in this case it sure helps that it’s just fair play. When you demonstrate fair play in one area, people are naturally drawn to the promise of fairness in all areas.

***
Wes Berry is a keynote speaker and the bestselling author of the book Big Things Have Small Beginnings. He has been recognized by the NAACP and other civil rights organizations for his efforts to promote diversity. His business career began in a $60-thousand-dollar-a-year failing family flower shop in Detroit, from which he built a $60-million-dollar international company with more than $750 million dollars in sales. Wes can be contacted at wes@wesberrygroup.com or you can learn more at his website www.wesberrygroup.com. 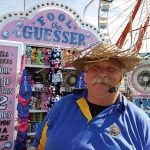 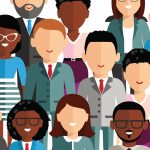 Four Solid Business Reasons to Include Diversity in Your WorkplaceUncategorized