The metaverse, or as some call it, the new internet, is the next phase of the digital revolution. Technology has always played an important role in creating innovative industries and driving new economies. The metaverse is the newest revelation in the digital space that tech companies are racing to develop. It is a realm of virtual reality (VR) that will change the way we view and live in the physical world.

So what exactly is the metaverse? In short, it is a multi-dimensional space where people will have the ability to interact as avatars. The digital version of yourself will be able to gather with family and friends, work, shop, attend sporting events, and perform various other real-world activities in the digital world. This immersive experience will break down the barriers that presently divide us, and people will connect anywhere at any time.

To give you an idea of what the metaverse looks like, let us look at a few examples. “The Sims”, a video game launched in 2000, created a virtual world where people-controlled avatars. Game players tell their avatar when to eat, sleep, and go to work. They choose the types of interactions the avatars have with one another and live life as we do in the real world.

The immensely popular video game, Fortnite, has been described as a metaverse playground. Fortnite users are submerged into a virtual 3D space where non-gaming and gaming elements are combined. The game has given users a small taste of the kinds of events the metaverse will hold.

In April of 2020, Fortnite held a global in-game virtual concert that twenty-seven million players attended. Those in attendance were able to fly around a gigantic virtual version of Grande while she performed. There were also several mini-games available to entertain concert-goers they took in the show.

If you have seen the Matrix movies, you have been exposed to a fully immersive  metaverse experience. The humans in the film hooked themselves up to technology that transported them into a world created by artificial intelligence. They could perform actions in the virtual world that could not be done in the physical world.

Ready Player One is another instance of a virtual world being explored on film. People could build, demolish, make transactions, and live an entire alternate life within the digital space.

Google Lens is an example of augmented reality, powered by artificial intelligence. Take a picture of something unidentifiable, like a random plant, and the app will give you its name. Scan text in another language, and Google Lens will translate the words.

Need directions? The Live View in Google Maps will lay directions over the real world and guide you to your destination. Do you want to see how a new sofa will look in your living room? Use the AR technology in Google Search to snag a digital image and impose the object on your space.

There is no doubt that the global pandemic found many fitness buffs stuck in the house without access to exercise equipment. The fitness industry took a major hit with all of the gym closings, so it is not surprising that many fitness companies have adopted (AR) technology. They are creating headsets that give you access to celebrity trainers and more. Play games like ping pong or train as a boxer with different apps while at home. The metaverse will push AR and VR technology to be an integral part of our daily lives.

The new realm will change content creation methods, virtual economies, and how we present ourselves in the world. Content creators can design worlds to give their subscribers experiences they could not live in the physical world, and communities that form can attend special events together.

The metaverse will be an extension of the real-world economy. Avatars will exchange cryptocurrencies and use them to purchase and invest in products and services. Non-fungible token (NFT) art will be on display in galleries, and visitors will experience the 3D pieces as the artists truly intended. For anyone who did not understand the value of NFTs, hopefully, they have a bit more clarity about how they will be used.

The fashion industry will also be transformed during the digital revolution taking place. Clothing brands are setting up virtual stores and have designers creating outfits from head to toe for avatars. Your digital representative will be able to change for work meetings, parties, fashion shows, and other social events. Of course, the metaverse stores accept cryptocurrency for payment, so users will have to make sure their digital wallets are not empty. It is clear the metaverse will have its own economic system, with cryptocurrency being the chief transactional method.

Our corporate landscape will look completely different than it does now. How people get to work and how they perform tasks will be greatly impacted by the metaverse. Just think of the metaverse as Zoom on steroids for company meetings. Your avatar will sit in conferences, seminars, and training sessions, next to coworkers with a real feeling of presence.

How we shop and sample products will be affected. You will be able to sit at home and compare various brands and explore what they have to offer before conveniently ordering through your device. In-store experiences will be much more interactive. Imagine using AR to try on clothing and getting a full 360-degree view. Or use it to quickly guide you to the products you want to buy.

You can try on makeup or a different hair color before committing to the purchase. This is good news for consumers and companies alike. The customer is less likely to return the item and will spend more since they are confident in their purchase.

But where did the metaverse come from? Well, in the beginning, there was the internet. Born in 1991, the worldwide web would kick start the exploration of possibilities for a digital world. The word itself was initially used in the 1992 novel “Snow Crash” by Neal Stephenson. This work of science fiction depicted a virtual world where people interacted as avatars with each other and artificially intelligent agents.

The 1990s continued to introduce concepts and upgrades in technology that improved the internet’s security and ease of use. These enhancements continued as the new millennium rolled in and video games like The Sims and Second Life introduced virtual worlds to game players.

Then in 2006, the Roblox platform came along, and users could create games and play games created by others. Communities were now forming, and people were interacting with each other online in a new way. As 2010 grew closer, cryptocurrency began to emerge in the form of Bitcoin. With Bitcoin came the blockchain, which is a public ledger of all transactions. Video games continued to be influential in the metaverse’s early days, and play-to-earn technology became popular. Then another book came along in 2011, Ready Player One, and introduced a virtual world to a new generation.

In 2016 the video game Pokemon Go was the first to utilize AR technology to lay a virtual world on top of the real world. The following year, Fortnite launched a multi-player game that gave many the look and feel of the metaverse.

As the use of cryptocurrency grew, so did the use of decentralized apps. These are apps that are not under the control of a single organization. We will dive deeper into them later in the book, but the concept of no entity having authority to freeze your account and take the items accumulated away is essential to the metaverse.

In April of 2020, the first concert was held in the metaverse by Travis Scott and Marshmello. This brings us to where we are now. In October 2021, Facebook announced it would be rebranding to Meta. The technology to merge the physical and digital worlds is no longer off in the distant future. It is here now.

This book will continue with an in-depth discussion of the metaverse’s beginnings and the technologies and constructs contributing to its existence. We will talk about the innovative minds who had the vision early on and how their ideas have been implemented.

Facebook has big plans for the metaverse’s future, which they have made public with the rebrand. But what exactly are they planning? We will go over the various products and services the company plans to offer and how they will affect your day-to-day living. There is a slew of positive benefits to be gained from the use of such a powerful tool. Users will be able to experience just about any activity they desire, and the citizens of the world will connect in unimaginably creative ways.

Wes Berry is a keynote speaker and the bestselling author of the book Big Things Have Small Beginnings. His business career began in a $60-thousand-dollar-a-year failing family flower shop in Detroit, from which he built an international company with more than $750 million dollars in sales. Wes can be contacted at wes@wesberrygroup.com or you can learn more at his website www.wesberrygroup.com. 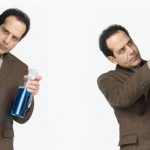 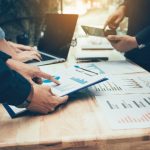 MEETING TRENDS – What is Your Best Meeting Experience?Uncategorized